Remi was today nominated for an Australian Dance Award in the category of most outstanding performance by a male dancer last year.

2008 was a busy year for Remi. He spent January in New York learning the 20-minute Baryshnikov solo A Suite Of Dances at New York City Ballet. His ensuing performances of Jerome Robbins’ choreography – which is accompanied by a lone cello and skips from the jovial to the forlorn – roused passionate feedback from fans in the stalls and on this site.

Midyear was spent touring regional Victoria with Robyn Hendricks and The Dancers Company. Audiences in Dandenong, Warragul, Mooroopna, Mildura and Broken Hill were delighted to experience Remi and Robyn’s romantic pas de deux from Les Sylphides and Aurora’s Wedding close to home. Remi was overseas again in October to perform at the historic Sadler’s Wells Theatre in London and the Théâtre du Châtelet in Paris where he danced the Symphonie Fantastique pastoral couple pas de deux that was created on him and Madeline Eastoe by choreographer Krzysztof Pastor.

Remi’s final performance of the year was perhaps the finest of his career to date. As Des Grieux in Manon he was nuanced and emotive and his turn as the lost-in-love hero allegedly resulted in balletomanes queuing for additional tickets. Kenneth MacMillan would have been proud. 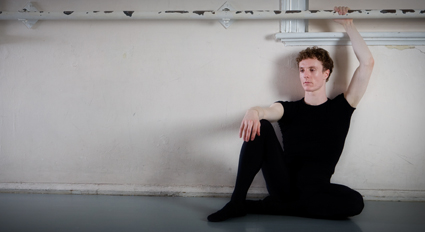 Remi begins 2009 newly promoted to the rank of Senior Artist. His first appearance will be as the dejected puppet Petrouchka in the ballet of the same name, which plays as part of the Firebird and Other Legends triple-bill in Melbourne and Sydney. He will also dance the principal role in Les Sylphides as part of the same season.

In May Remi will choreograph a brand new ballet-opera for the Bodytorque season of new choreography at the Sydney Theatre. He will also take part in The Australian Ballet School mentor programme for which he has been asked to impart technical and career advice to the dancers of tomorrow.

The Australian Dance Awards are presented in Melbourne on Sunday 7 June. Click the comments link below to post your support for Remi.

9 thoughts on “Nominee of note”